This blog is published by the Norsewood Cemetery & Settlers' Genealogies Project 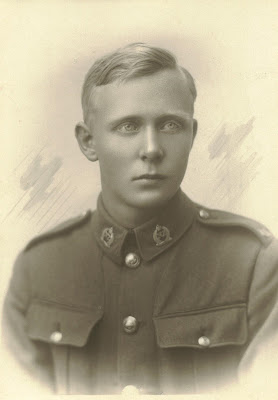 Photo #023 supplied by: David CLAUSEN. It was found by Niel DEVANTIER in the ceiling of the house of Perry and Murray OLSEN, Norsewood, New Zealand (former home of Emil Olaus ("Tailor") OLSEN).

Written on the reverse of the photo is, "Aunt Mary with love." "Aunt Mary" is most likely to be Egbert's great aunt, Maria SVENSON (nee FREDSBERG), also known as Mary.
Posted by PipNZ at Friday, March 05, 2010